Bill was born and raised in Louisville, Kentucky. His father, William S. Wetterer Jr., practiced law for over fifty years until his death in 1999. He attended St. Xavier High School graduating in 1976. He attended college at the University of Notre Dame graduating with a degree in economics in 1980, with honors.

Bill attended the University of Kentucky College of Law. He was Articles Editor of the Kentucky Law Journal. While in law school he clerked for the law firms of Greenebaum, Doll & McDonald in Louisville, Kentucky and Frost and Jacobs (now Frost Brown Todd) in Cincinnati, Ohio. After law school, he started his legal career as an Associate at Stites & Harbison in the Louisville, Kentucky office practicing in the Litigation Section of the firm. In 1986, Bill was one of the founding partners in the law firm of Mulloy, Walz, Wetterer, Fore & Schwartz and relocated his office to the First Trust Centre in downtown Louisville. His practice included litigation, real estate, small business matters and the general practice of law.

In 1989, Bill joined another partner in the firm, Greg Clare, to establish the law firm of Wetterer & Clare. He continues to practice as a partner in that firm today working in the areas of real estate law, litigation, insurance defense, estate planning, bankruptcy, mediation, small business matters and the general practice of law. Bill has extensive experience as a mediator having overseen in excess of a hundred mediations. He is the former Chairman of the Louisville Bar Association Real Estate Section and serves as a mediator for the Greater Louisville Association of Realtors. Representative clients include First American Title Insurance Company, Old National Bank, Regions Bank, U.S. Bank, Bank of America, Transcend Federal Credit Union, Harshaw Trane Company, Associated Insurance Services, Inc., Riverside Parking, Inc. as well as numerous national and local banks, corporations and individuals.

Bill has extensive business interests in Louisville and is an owner of Clare & Wetterer Properties, LLC as well as D.A. Properties, LLC both companies holding multifamily residential rental properties. He is an owner of Kentucky Title Services, Inc. a title company operating in Kentucky throughout all of Kentucky. Additionally, he is also a shareholder/owner of Exchange Corporation, a Kentucky company specializing in acting as a qualified intermediary under the U.S. Tax Code.

Bill is married to attorney Carolyn Wetterer and has two daughters.

Greg was born and raised in Louisville Kentucky. He attended college in Ohio at the University of Dayton, where he obtained a Bachelor of Science Degree in 1980 with a double major in Accounting and Finance. After his undergraduate work, he returned to Kentucky and obtained a Law Degree from the University of Louisville.

In 1980 he began his legal career while attending Law School, interning for the firm of Mosley Clare Hubbard and Townes, a firm founded by his mentor and cousin Dennis Michael Clare. He joined this firm as an associate in 1984 upon graduation from Law School.

In 1990 Greg and Bill founded the firm of Wetterer and Clare and began building a practice in the area of real estate law. In 1995 Greg and Bill also formed Clare and Wetterer Properties LLC, a Kentucky Limited Liability Company to hold their jointly owned real estate investments. In addition to his practice of law Greg is also a Director of Billou Corporation, Gardiner Lane Development Corporation and Number Fourteen Corporation, which all own and manage real estate. Mr. Clare also owns Greg Clare Properties LLC a Kentucky Limited Liability Company and is an owner and the President of Kentucky Title Services Inc.

His immigration practice is dedicated to working with physicians, researchers, scientists, and other professionals in their immigration matters. His area of practice includes business, professional and investor categories such as E-1, E-2, H-1B, H-3, and L-1 cases, permanent residence based upon employment, including Labor Certification cases and preference categories, adjustment of status and consular processing cases.

Greg has been listed in “The Best Lawyers in America” since 1996 in recognition of the success he has achieved with his practice in the area of immigration law. He has also been listed as one of the 200 best lawyers in Louisville.

Michael Marks joined Wetterer & Clare after graduating from the University of Louisville Brandeis School of Law in 2013.  Michael focuses his practice primarily on bankruptcy law and real estate law.  He also does work in the areas of landlord/tenant and estate planning and administration. Michael is a skilled and intelligent lawyer who uses his knowledge of the law to help his clients achieve successful outcomes.

Michael was born and raised in Utah and attended Utah State University, graduating with Bachelor of Science degrees in Finance and Economics.  He is married to Krystal Marks and has three daughters and a son.

Shelly graduated from Sullivan University with a degree in Paralegal Studies in 1993. She began her career as a Real Estate Paralegal at Wetterer & Clare in 1998.

Shelly has more than 22 years of experience in Residential and Commercial Real Estate Closings. She provides seamless coordination between lenders, real estate counsel, real estate agents, builders, buyers and sellers in an assortment of transactions related to residential and commercial real estate in Kentucky.

For the past two decades Shelly has continued to be the point person for the firm’s real estate software, it’s purchase, updates, implementation, and troubleshooting. She oversees the reconciliation and maintenance of our escrow accounts and auditing.

She also assists with the organization of the firm’s workflow systems and management of personnel. In addition to her daily duties and residential closings, for the past 15 years, she has played a key role in many intricate, multipart commercial transactions.

Her organizational skills, proficiency and deep knowledge base of title matters enable her to excel in the management of multi-parcel, commercial transactions and complicated lender requirements.

She is well versed in complex title issues, including survey concerns, liens, defects within the chain of title, or within the manner in which title to the real estate is held. She leverages stressful situations with professionalism while keeping the clients and customers informed and happy. She is vital to the firm’s success.

Darnell Calhoun has a wide range of experience in office administration and has worked for companies located in the Southern California area and Louisville, Kentucky.

She spent 18 years employed by The Boeing Company in Long Beach, California (Information Systems and Engineering Department), before moving back home to Kentucky. 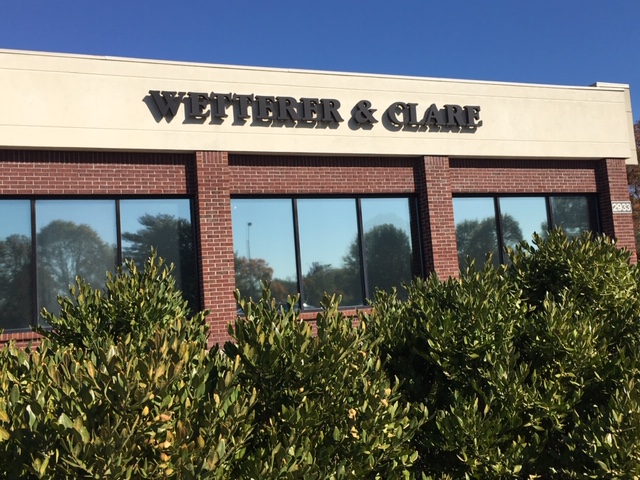